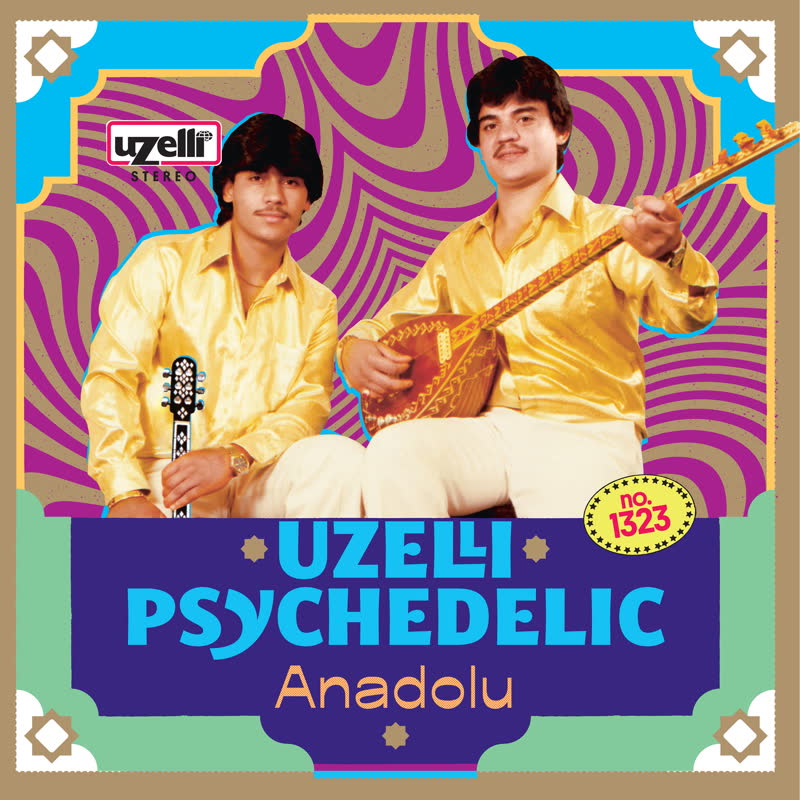 Uzelli Psychedelic Anadolu is a new, stimulating and refreshing compilation of psychedelic sounds from Turkey, offering a new perspective, fresh names and undsiscovered genres. Pressed for the first time on vinyl, released on CD and digital, all the tracks were discovered in Uzelli's archives. Selected from thousands of tracks, re-mastered from mastertapes and high quality recording tapes. Radical and edgy electrified bağlamas, moog and synthesizers, combined with sweet melodies and heart-braking lyrics that will open your ears to the yet-undiscovered Anatolian soundscape.

Uzelli - one of the most important cassette label from Turkey, established in 1974, presents an exciting new story of Turkish Psychedelic Anadolu music, pushing the boundaries of time and space, stretching your perception of the genre to unexplored period of the 1980s. Diving into its huge archive, Uzelli presents the classics and previously undiscovered names of Turkish Psychedelic Anadolu music, showcasing less known but extremely exciting sub-genres. This compilation extends the history of Psychedelic Anadolu music by focusing on the period between 1975 - the high point of the vinyl culture - and 1984 - the culmination of the cassette industry. These 10 years of Turkish history were times of political chaos and were divided into two periods by the military coup in 1980. After the coup d'etat, those citizens who felt ignored, underappreciated, for whom politics had never been the most important part of their daily lives became more and more visible and were officially demanding their music in their new urban environment. Due to new political circumstances, everyday routines, culture and music changed. Rock was expanded to make a place for new musical genres that more accurately reflected people's social and economic positions, innermost feelings and moods. Folk, Taverna, Fantezi and Arabesk were most popular genres in that period. Psychedelic music of the 1970s combined hip instruments such as electrified bağlama, moog and synthesizers with sweet melodies and heart-braking lyrics, and these sounds became even more radical and edgy in the 1980s.

These tracks are selected from the best psychedelic arrangements of rock, pop and folk songs. But this also represents an unique combination of personalities and characters, from giants of the Turkish Psychedelic scene like Erkin Koray; Ünol Büyükgönenç of Kardaşlar; to unknown and undiscovered Kerem Güney; the ephemeral band Zor Beyler with Ayzer Danga from Mavi Işıklar and Moğollar on drums; Ali Ayhan from Urfa with his unquestionably unique voice from the folk scene; Akbaba, the extreme wedding duo. This compilation would not be as powerful if not for the inclusion of two ladies: the mysterious Elvan Sevil and Neşe Alkan, accompanied by Zafer Dilek Orchestra, whose amazing voices calm down the tempo and simply melt your heart.

The grahic design of the release follows the original art of Uzelli casssette covers by Turkish artist - Armağan Konrat. The release consists of liner notes, insert with stories behind tracks and bands, original photos and cassette covers from Uzelli archive. All tracks are fully owned by Uzelli label.

Uzelli Psychedelic Anadolu is first vinyl, CD and digital release of the series of exciting compilations and albums selected from vast archive of Uzelli.